Dave Ng. Academic with an interest in science literacy. Based at the University of British Columbia, Vancouver. Part time forum tester.

I am Lauren - originally a Texan, now residing in North Carolina. I work for Themis Group as an editorial assistant. We write The Escapist, a magazine about videogames. My real passion is marine biology. So, you can see why phylomon interests me. Videogames + biology = win.

hello from Joanne at UBC

Hello All! My name is Joanne. I'm an instructor at UBC with interests in Science communication. I know some of the folks involved in this project and they're awesome! Looking forward to getting to know the rest of you. 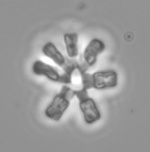 Elementary school teacher. Most people think I'm a mouse, but I'm actually a cat. Can shoot lightning. Some days I feel a bit "imaginary."

I'm Matt Reed a freelance Illustrator and Designer based in VA. I love animals and I grew up loving pokémon. I'm excited about contributing to the art of phylomon! 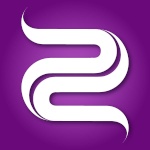 Hello, I'm Anath, an Illustration/Fine Arts student in Boston. I grew up addicted to Pokemon, and have recently been studying Biology extensively in my spare time.

I'm interested in all aspects of production, from Illustration, to design, to gameplay and marketing. I also want to make a product that is meaningful rather than simply profit.

Hi, I'm Arjun - I'm an undergraduate biology student at UBC who still plays Pokemon Red on his gameboy. I'm interested in evolutionary biology, and I believe that people need to start learning more about the animals that are (or are not, essentially) around them. Hence, me joining the phylomon project. Also, I enjoy long walks on beaches and a Stephen King novel on a cool summer's evening. 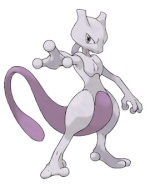 arjunknanda wrote:Hi, I'm Arjun - I'm an undergraduate biology student at UBC who still plays Pokemon Red on his gameboy. I'm interested in evolutionary biology, and I believe that people need to start learning more about the animals that are (or are not, essentially) around them. Hence, me joining the phylomon project. Also, I enjoy long walks on beaches and a Stephen King novel on a cool summer's evening.

....omg, I'm so glad that you mentioned that you play Pokemon. LOL. My brother has a copy of Pokemon Silver that I'm still trying to finish! I'm not the only university student playing Pokemon! :p

Hi! I'm Jody, a PhD student researching microbial oceanography of the Subarctic Pacific Ocean at the University of British Columbia. I love science, arts, and culture, and finding ways to connect and interweave these brilliant topics through education and communications

Hi, I'm Kelsey! I don't have a job at the moment, but I draw, write, and love animals. I've been playing Pokemon since my teens, and I've loved animals since I was born. I love that we're trying to bring the two together!

Howdy, I'm my online identity is Psi Wavefunction. I do also exist offline, and am a UBC biology undergrad aspiring to become a protistologist. That pretty much gives away my identity to those who know me, so there.

I run a protistology blog, where you can find an occasional bout of insanity resulting in cartoon depictions of various microbial eukaryotes. I'm also rather obsessed with anime, gaming, fantasy, etc, and have been told I'm too 'artsy' to go into science. Thus I did anyway. Because fantasy and creativity are unseparable, and science without imagination is pathetic and rather inefficient.

Would be very interested in promoting the microbial aspect of things -- my knowledge is rather eukaryotic (we lack non-medical bacterial microbiology here, sadly) but prokaryotes also desperately deserve representation, since they rule the planet!

Btw, I vote that Stylonychia should become Phylomon's Chocobo! =P

Hey I'm Haley, I'm an Art Director based in Toronto. I'm here because I love science and design

Hello, I'm Brenda. I'm actually most intrigued in the idea of how to get this project to produce high quality cards. Maybe a non-profit angle, collaborations with other environmental non-profits

I'm Andrew and I've been a wildlife management research scientist for the past 9 years but I've recently quit to undertake training to become a school teacher (grades K - 6). I'm in Tasmania, Australia. Our country and state has good education regarding wildlife, but this Phylomon project would be an excellent addition. Obvioulsy as a teacher and a naturalist I'm interested, so I'm considering how I might incorporate development of these cards into my classroom curriculum (eg, having children design their own set of cards). The school year is about to start here so I'm not sure what my mentor teacher has planned for the term, but this is certainly an option.

My name is Mark and am currently an undergrad in Biology at UBC. I actually saw this project via Biosoc's email, and thought it would be a fantastic project to help!

I'm Honorah and I own a bookstore and am an artist. I've also worked as the lead designer on the Rage CCG and worked as a playtester on the HexHex cardgame. I also have worked at various gaming conventions demoing games for people.

Vivienne wrote:
....omg, I'm so glad that you mentioned that you play Pokemon. LOL. My brother has a copy of Pokemon Silver that I'm still trying to finish! I'm not the only university student playing Pokemon! :p

Haha glad to know there's more of us out there.

Hi, I'm Paleo. I'm currently a college transfer student in Nash Community College in North Carolina. I plan on moving out to San Diego next year to transfer to the University of California, San Diego so I can work on a PhD in Marine Biodiversity and Conservation.

I'm also an artist and photographer, so that I can help out the project in that way. I mostly draw and take photos of cetaceans, as you can see in my galley on deviantArt: http://paleo-orca.deviantart.com/gallery/

I also have a great interest in paleontology (hence my nickname, Paleo), so I would definitely like to see some prehistoric phylomon cards come about someday. ;P

Also... I'm a pretty avid gamer as well... so I do play pokemon, I played the card game a lot as a pre-teen, and I still play the videogames, I'm very excited about the gold and silver remakes coming out soon.

I'm Aaron, I've been following this since it was announced on SciBlogs. I'm a grad student in biochemistry and toxicology. I played a lot of the first few iterations of Pokemon along with my brothers. I love making puzzles and simple games to play, this project has me really thinking.

Hello everyone, My name is Robert and I'm father of two and long time player of Magic the Gathering and Pokemon. I often tried many other games, such as Dual Masters and even a few figurine based games. 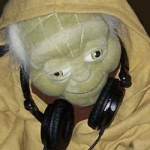 Masters candidate in Evolutionary Biology here. I worked as an outreach educator at a science museum for about six years and know from this firsthand experience both the huge challenges that face biologists in educating the public and also of the dire need to do so. Children are the place to start.

Here's to hoping we can harness a bit of Wilson's biophilia...